Want to book a flight on Southwest Airlines?

You won’t find Southwest’s flights for sale on Travelocity, Expedia, Orbitz, Kayak or any number of so-called third-party aggregators “serving” the travel industry.

That’s because Southwest Airlines understands — correctly — that these companies are ultimately competitors, and threaten its business model.

In essence, they all “free ride” (favorite economists’ term)  on Southwest Airlines’ content — thousands of daily flights and airfares — in the service of three goals:  1) collecting and “monetizing” eyeballs that are valuable to advertisers; 2) attacking the margins of the airlines by extracting volume discounts (think of it as “Groupon’ing” the airlines to death); and 3) collecting commissions from airlines, rental car companies, hotels, etc. for referring their own customers back to them.

Some deal for the airlines, huh?

Opting Out of Economic Parasitism

By severing its ties to Trulia — and soon, Realtor.com — Edina Realty is saying to the third-party aggregators of its industry: 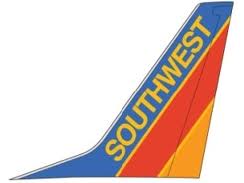 “You can’t take our content — listing info — and insinuate yourselves between us and our customers, siphoning off revenues that are rightfully ours.

There’s a name for that kind of one-sided “relationship”:  ‘economic parasitism.’

Parasites live off of their hosts without providing anything in return.

Some merely extract an exploitative tax, others become so aggressive that they ultimately kill their host and have to go find another.

But by definition, parasites always weaken their hosts, if only in varying degrees.

We don’t want any part of that.”

In saying “No” to the third-party aggregators (see also, “Edina Realty Pulls the Plug on Trulia“), Edina Realty is only doing what other, sensible, healthy content providers have already done — or are in the process of doing.

Once upon a time, the broadcasting companies effectively controlled the NFL’s product — televised NFL games.

As broadcasting bandwidth got cheaper, thanks to the Internet, the NFL figured out that it didn’t need third parties to sell its product.

So, today the NFL.com is a growing purveyor of online sports in its own right — and the NFL is more profitable for it.

The fact is, brokers like Edina Realty incur bricks-and-mortar expenses that virtual companies like Trulia and Zillow don’t.

It supports a network of thousands of Realtors, dozens of offices, extensive training and legal education, etc.

As a broker, Edina Realty also acts as an advocate and partner for all those agents — independent contractors who collectively spend millions of their own money marketing themselves and their services to secure listings, and who sink or swim based on how much their revenues exceed their expenses at the end of each year.

As a veteran Edina agent who’s seen their revenue drop and their expenses rise as a direct result of Trulia and other third-party aggregators . . . I applaud Edina Realty’s decision to “take back our content.”

P.S.:  Want to know what happens when an industry doesn’t cover its costs, while the benefits of its work product are “captured” (monetized) by others?

The newspaper industry — or what survives of it — discovered that lesson about 15 years too late.

For (still) more on this subject, see, “Trulia vs. Ross Kaplan“; “Edina Realty Pulls the Plug on Trulia.com“; and “Selling Realtors’ Listings Back to Them.”