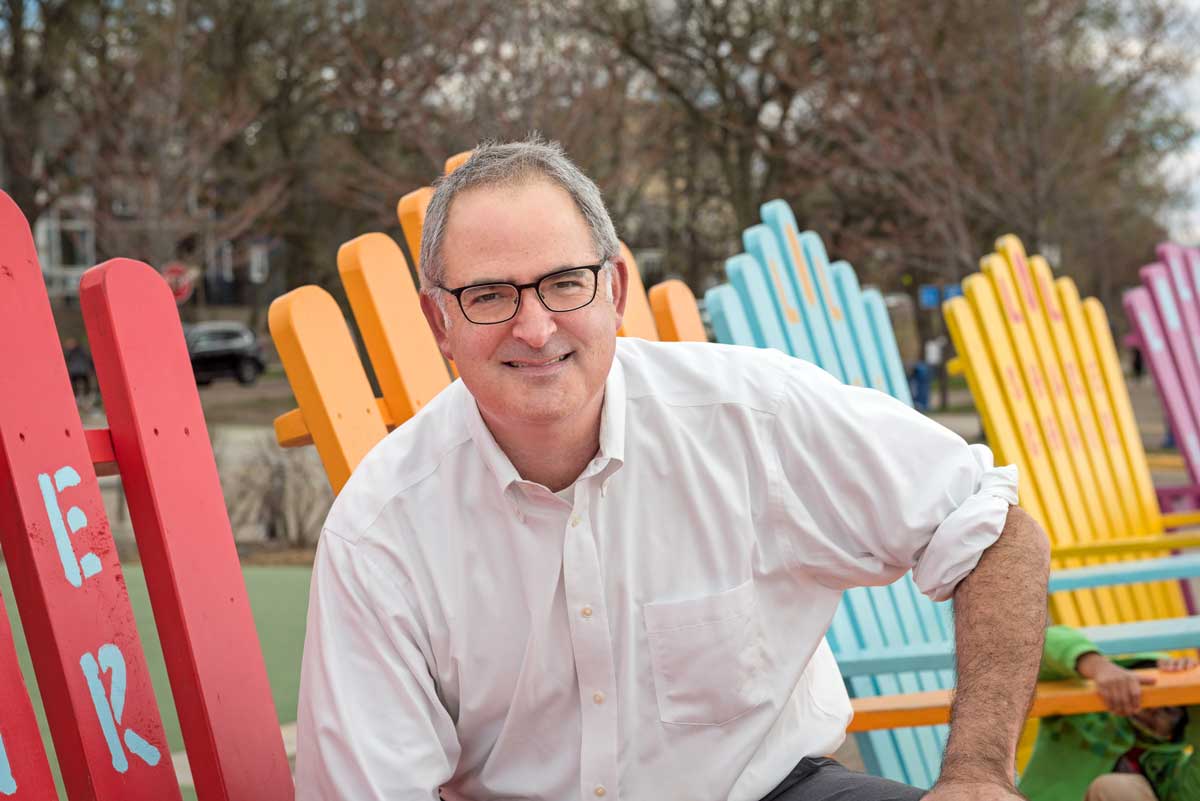 Sometimes You Start Out in the Wrong Field

Having lived in both the Bay Area and New York City before returning to Minneapolis in his late 30’s, Ross Kaplan can attest to the wisdom of Vonnegut’s advice.

Ross studied Psychology and Economics at Stanford (Class of ’82), then worked as a CPA in Sacramento, CA. Ross almost instantly regretted his decision to become a CPA in lieu of pursuing an MBA. Three years later, Ross decided to leave public accounting to become a lawyer. He was challenged by his courses at the University of Minnesota Law School (Class of 1990), and even enjoyed studying for the bar.

Ross’ new legal skills proved valuable even before he graduated from law school. While on a winter vacation in in his third (and final) year, Ross and 600 other Minnesotans were stranded in several cities in Mexico when “TCT Holidays,” a Twin Cities travel agency, suddenly went bankrupt!

With help from the U.S. Consulate in Cancun, Ross helped organize charter flights back to Minneapolis. In the following months he was instrumental recovering over $400k for former TCT customers.

Upon landing back in Minneapolis, Ross was interviewed live on local TV, and was later the subject of a Star Tribune column by Jim Klobuchar (father of Minnesota Senator Amy Klobuchar).

Ross was so early, the term “World Wide Web” wasn’t even used yet, and the first Internet browser, Netscape, didn’t exist (never mind Google). The most popular social networking technology at the time was known as a “Bulletin Board System.”

His goal was to shift power from CEO’s and their handpicked board directors to shareholders, thereby checking soaring executive compensation and other abuses.

Ross ran for public office, in 1992, campaigning with the slogan, “My Only Special Interest is You!” Ross challenged the incumbent Speaker of the Minnesota House, Dee Long.

Ross moved to Manhattan in 1997 to further his consulting business. It was there that he met Laura Elowitz, a physical therapist from Forest Hills, Queens. They were engaged and got married in January 1999 in New York City.

They moved to the Twin Cities later that Spring, and have lived near Minneapolis’ City Lakes ever since. In addition to son #1 (now 21 years old), Ross and Laura have an 18-year old son and 16-year old daughter.

Ross has been going strong in residential estate for almost 20 years. This June, Ross left Edina Realty to start his own brokerage, “Ross Kaplan Realty.”

So, what has Ross learned helping clients buy and sell homes for almost two decades? To find out, there’s a blog you should read…