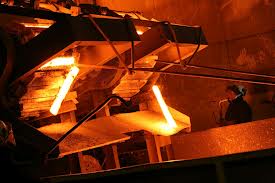 If you go to the Business section of any bookstore, you’ll see any number of books on negotiation titled, “Getting to Yes!,” “Win-Win Negotiation,” etc.

In my experience, however, the key to effective negotiation lies not in getting to “yes,” but getting to “no.”

Or perhaps more accurately: before you get to “yes,” you must first get to “no.”

By that, I mean that each deal’s boundaries need to be established and tested by the other side.

Buyers and Sellers do that through a process of probing, offering, and counter-offering ” and by ultimately rejecting what is above their ceiling (Buyers), or below their floor (Sellers).

Like steel before it’s tempered, until each side’s ultimate boundaries are established and successfully (unsuccessfully?) tested by the other side . . . the deal isn’t very strong.

P.S.: No less than Abraham Lincoln, as a trial lawyer arguing cases in front of juries (one of the purest forms of negotiation), understood that a good way to prevail on big issues was to first concede one or two small ones.

That gave him an aura of reasonableness and credibility early in the trial, which he then leveraged later on, when it really mattered.

See also, “You Know . . . Your Comp’s Are Right, Ours Are Wrong ” It’s a Deal!“; “Negotiating, Ray Donovan-style:  When a Tie = a Win”; “Splitting the Difference & Other Negotiating Tactics“; “Getting Down to Brass Tacks:  Novice vs. Veteran Negotiators”; and “Frank Underwood’s Negotiating Secrets.”

And: “Negotiating Strategy 101:  Is Time Your Enemy or Your Friend?; “Negotiating Tips”; “How to Become a Good Negotiator“; “The Key to Successful Negotiation“; and “Written vs. Verbal Counter-Offers.”