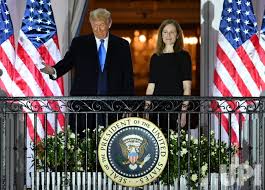 The Ultimate Platform in a Virtual World: The U.S. Presidency

Under the heading, “truer words have never been spoken,” The Wall Street Journal’s William Galston was righter than he knew when he made what may be the most accurate (if unwitting) observation of this entire, tumultuous political season (and year).

If President Trump loses his race for re-election and takes Republican incumbents down with him, historians may see June 10 as an important day in the story. That is when the Republican National Committee announced that for the first time since its founding before the Civil War, the party would not draft a new platform but would carry over the 2016 platform, word for word.”

Of course, Galston was referring to a political platform — a governing agenda based on an integrated statement of values and beliefs, informed by a coherent philosophy — that’s typically adopted by political parties (and candidates) in advance of election campaigns. 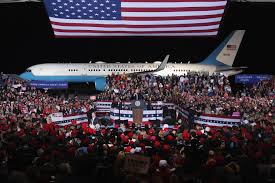 Galston’s point: the Republican Party under President Donald Trump has no platform — other than Donald Trump, himself.

So, it simply recycles, verbatim, its 2016 party platform this year. 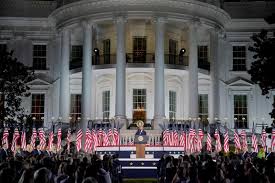 (including unprecedented wildfires and hurricanes).

What does the 2020 Republican Party have to say about all that?

The irony of Galston’s observation is that it is the other kind of platform — the online, virtual one — that supplies the oxygen to Trump’s raging, divisive fire.

With more than 80 million followers, Trump rules Twitter and other social media by dint of his position (at least until January) as the chief executive of the world’s most powerful country.

Even if he uses that platform to air baseless conspiracy theories, smear opponents, and repeat demonstrable lies (we’re “rounding the corner” on the Coronavirus even as it rages), the leaders of social media can (and do) argue that Trump’s utterances are “newsworthy.”

Never mind that such trash helps drive their online traffic (“engagement”), which in turn drives their bountiful profits.

Pulling the Plug on the Trump Presidency

Ahh, but what if U.S. voters show Trump the door next week? (or window — as in, “defenestration”). 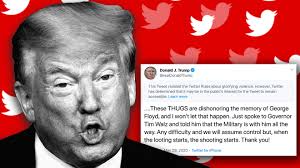 One of the legacies of Trump’s presidency is that all Big Lies start out as Little Lies.

Like wildfires, they’re easiest to snuff out when they’re still small . . .

See also, “The Ultimate Impeachable Offense: A Commander-in-Chief Who Purposefully Jeopardizes U.S. Democracy and the Peaceful Transfer of Power“; and “Maybe Trump WASN’T Lying When He Said, “I Alone Can Fix It”.”