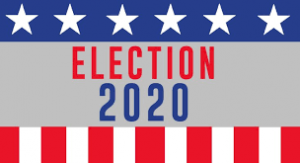 Batting Down the “I Was Just Joking” Excuse if Trump Loses

Benjamin Franklin was walking out of Independence Hall after the Constitutional Convention in 1787, when someone shouted out, “Doctor, what have we got? A republic or a monarchy? To which Franklin supposedly responded, with a rejoinder at once witty and ominous: “A republic, if you can keep it.”  –American folklore

Republican Senators have stated, with their conspicuous silence and their votes to acquit last February, that they don’t think it’s an impeachable offense for a U.S. President to extort a foreign leader — by holding up hundreds of millions of Congress-approved aid as leverage — into smearing his leading political opponent.

But, what do they think of what we’re witnessing from President Donald J. Trump at this very moment??

Namely, the specter of a sitting U.S. President actively trying to undermine the integrity of the November 3 election, while doing nothing, in his capacity as sworn leader of the nation, to shore up the system, or otherwise protect it from fraud or foreign interference (the latter conspicuously solicited by him).

In the middle of a once-in-a-century Pandemic — not to mention simultaneous(!) economic and environmental crises, and national civil unrest — there’s obviously no capacity (or appetite) to undertake Impeachment 2.0.

And with the election just 46 days away, what would be the point? (except this: to remove Trump sooner than January 20, 2021, the end of his Constitutionally-mandated term).

But, make no mistake: the potential consequences of the behavior we’re witnessing from Mr. Trump in the home stretch of the 2020 election are truly harrowing.

Instead of bellowing warnings about mail-in voting improprieties, an honorable Chief Executive would declare it the national emergency it truly is, and be doing everything in his power now to stave off the potential chaos and social breakdown that could result.

Unfortunately, America’s sacrosanct war dead and P.OW.’s aren’t the only “suckers and losers.”

If Donald Trump unambiguously loses the election to Joe Biden, the existential threat to the almost 250 year-old American experiment will have passed.

But, we must never forget what a close call it was.

Indeed, it is incumbent upon all those mobilizing to save Benjamin Franklin’s republic — the American Republic — to channel their post-election energy towards revitalizing and protecting it for future generations of Americans . . .

P.S.: The most appropriate fate for ex-President Donald Trump?

Let the rule of law he’s so assiduously undermined sort it out.

And no, you don’t get to claim you were “only joking” or “not to be taken seriously” when you (mis)used the awesome power of your office to whip up voter distrust, and inflame partisan passions.**

Not when the lives and livelihoods of millions of Americans — who you’ve sworn an oath to protect — are on the line . . .

**Of course, Trump’s likeliest stance if he loses is to simply deny (i.e., lie about) ever sowing chaos and doubt about the election in the first place. Plan B: accuse the Democrats of doing it, not him.