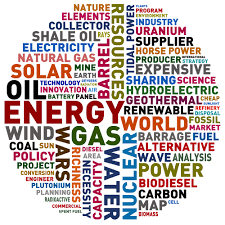 Investing — or Squandering — “the Energy Dividend”

“A crisis is a terrible thing to waste.”

In the early ’90’s, politicians referred to the savings from reduced defense spending — made possible by the end of the Cold War — as “the Peace Dividend.”

Thanks to the crashing price of oil (plus natural gas and coal) the last two years, the United States and Western economies generally are now enjoying an unprecedented “Energy Dividend.”

What will we do with it?

If not today, then tomorrow — on more and bigger cars, bigger homes, and other energy-intensive, environmentally unfriendly ways.  See, “Cheap Gas Fuels Record Auto Sales”; and “RV Sales Revive, But Without Frills.”

Been there, done that.

Capture a big chunk of the savings by slapping a 50¢ per gallon federal tax on gas, and use the proceeds for much-needed infrastructure repairs and other salutary causes.

A gas tax acts by effectively splitting the current, one-size-fits-all price of gas into two prices:  1) a higher price that consumers pay; and 2) a lower price that producers receive.

The higher consumer price is needed to prevent stoking demand and effectively sowing the seeds of the next energy crisis, a decade or more in the future.

It also keeps cheap oil from repeatedly cutting the legs out from under alternative energy (solar, wind, geothermal), whose investors all want higher, not lower gas prices to compete against.

What makes this an especially propitious moment is that the plunge in gas prices is so steep and so recent that consumers haven’t really had time to adjust their habits yet.

With gas diving well below $2/gallon in just the last month nationally (the price at the St. Louis Park Costco today was $1.64!), a 50¢ tax per gallon would only push retail prices back up to $2.25 or so — still well below prices scarcely a year ago.

Meanwhile, remitting less money to oil producers (including OPEC members) keeps their feet to the fire.

Many have high, fixed costs and commensurately high debt levels; to make their monthly “nut” (so to speak), they need to keep pumping.

This vying for market share is a key driver of today’s low prices, and savvy nations know and use this as a policy tool.

A LOT of revenue.

My proposal:  split the windfall into thirds, with 1/3 apiece earmarked for infrastructure repairs and improvements; alternative energy research; and national debt reduction.

“Great!  That all makes eminent sense,” you say.

True, enacting a gas tax — any tax, for that matter — is anathema to today’s Republicans**, and would require prompt, bi-partisan action.

Trade a 50¢ gas tax in part for reduced corporate taxes, a lower tax on capital gains (even better:  index capital gains for inflation — a step that’s long overdue), or something else on the political right’s “goodie list.”

The alternative is squandering a golden moment to strengthen the nation’s infrastructure and secure its energy security — on the backs of the less-than-popular energy producers — while simultaneously making sure that low prices don’t rekindle future demand and ensure a repeat of the boom-bust cycle that’s repeatedly played out since the 1970’s.

Too bad there’s not a Presidential election coming up, when the nation’s voters are all tuned in, and the leading contenders in both parties could address substantive issues like the nation’s long-term energy policy.    😉