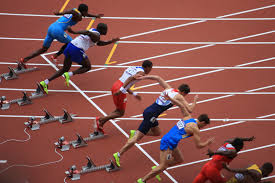 Seasoned vs. Green Buyers;
The Role of Pre-List Networking

It’s accepted wisdom amongst veteran Realtors ” which I happen to agree with ” that “the first Buyer is (often) the best Buyer.”

The explanation has to do with the nature of the pool of home Buyers at any given moment, plus Buyer behavior in a Seller’s market with too-little inventory (true of many housing markets nationally right now, including the Twin Cities).

Think of it this way: when new listings come on the market, who knows about them first?

Such Buyers have already done their homework; are financially well-qualified; and both know the market and what they’re looking for.

Thanks to modern technology, such Buyers learn in real-time when something meeting their criteria hits the market.

They may even know a couple weeks in advance, if their agent is aggressively doing what’s called pre-list networking on their behalf.  See, “Have a House/Need a House.”

Result: when a desirable, new listing debuts, serious Buyers know about it ” and make their move quickly.

Which leads to step #2: how much to offer?

If the house is at an affordable price point in a high-demand neighborhood, there’s a good chance it will attract a crowd, and potentially multiple offers.

In fact, they may even have previously lost out on another, similar home that sold in multiple offers.

See, “Once Bitten, Twice Shy?  Not in the Housing Market.”

To forestall that possibility, such Buyers will ” if they’re smart ” make a strong enough offer that the Seller will be dissuaded from trying to do even better (and risk losing deal #1).

Namely, the newly-listed home isn’t so well-prepped, or priced, or marketed.

Then, the most serious Buyers will instead sit on their hands, skipping the home altogether, or at most wait in the wings for a price cut ” or several.

See, “Just Tell ’em to Make an Offer”:  Why Buyers Don’t Write Offers on Overpriced Homes (at least in Minnesota).”

In the meantime, interest in the home is limited to new Buyers entering the market over time.

The catch for Sellers: most new-to-the-market (“green”) Buyers are initially cautious, because there’s so much they don’t know yet.

Even if they love a property, their reaction is often to bid conservatively, or just adopt a wait-and-see attitude.

At the other extreme, if they impetuously chase something in multiples and actually win, they have an annoying habit of backing out, once they come to their senses the proverbial “morning after.”

Unfortunately, neither scenario bodes well for Sellers or their ultimate sales price, at least relative to scenario #1.

Of course, no rule is absolute.

There are two caveats to “The first Buyer = Best Buyer”:

One. The first offer from the first Buyer is seldom their best offer.

Sellers expect — and therefore Buyers should know — that real estate sales is a negotiation.

A Buyer whose first offer is their best offer isn’t negotiating — they’re saying, “take it or leave it.”

Since it’s seldom the Buyer’s intent to convey that message, ergo, there’s room to go higher in their offer.

Two. The principle only applies to the first Buyer to step forward while a home is relatively new on the market.

Thereafter, bottom feeders (“the last Buyers??”) are more likely to show up, and try to buy the home at a (deep) discount.