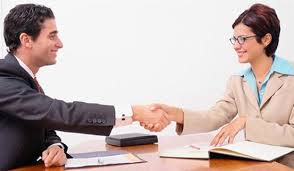 The Opposite of “The Birthday Paradox”

According to The Birthday Paradox, in a room of just 23 people, there’s a 50-50 chance of at least two people having the same birthday.

In the world of residential real estate sales — at least in a bigger city — there seems to be something of an anti-Birthday Paradox at play.

Namely, it’s surprising how seldom veteran Realtors — even long-time colleagues in the same office — do a transaction together.**

It wasn’t until I’d been in real estate sales for over a decade (I’m now in year #18(!)) that I did a second transaction with the same agent (note: I’ve since done repeat and even “three-peat” deals with about half a dozen Realtors).

As your area(s) of focus become more defined, and you’re on the scene longer, you naturally cross paths with the same Realtors.

It’s just that, with over 10,000 Twin Cities agents and what seems like almost as many brokers, the overwhelming odds are that the agent sitting across the negotiating table from you (metaphorically, not literally) will be a professional (you hope) stranger.

Birds of a Feather

That leaves the relatively handful of deals where the Buyer’s agent and listing agent (representing the Seller) do know one another, and have possibly even handled a previous deal together.

Is that good or bad?

It depends on how it went.

To be fair, the tenor of a deal can reflect more on the clients than their Realtors.

But, it’s funny how often agents who are professional, ethical, efficient, well-prepared, well-organized, decisive, communicative, etc. seem to have clients who are also like that, while agents who lack those attributes . . . don’t.

Which leaves the question, “how does a history of prior dealings between the two agents affect a (potential) deal?”

If you’re a listing agent walking your client through three, very similar offers, the focus can shift from quantitative variables like sales price, downpayment, and closing date to more “qualitative” ones.

Like, how smooth the inspection process is likely to be; whether the Buyer’s financing is solid; and generally how easy (or difficult) the other party will be to work with.

Having worked with the other agent on a previous deal that went well.

In my opinion, you really don’t know another agent — their style, strengths, weaknesses, etc. — until you’ve worked with them on a deal.

I sold a Minnetonka home a couple years ago where Buyer #1 (or should I say “Would-be Buyer #1?”) showed up with a too-low offer.

They gradually raised it — but not enough — over a couple week period, at which point Buyer #2 appeared with a much stronger offer.

I relayed that information to Buyer #1’s agent, who, after several rounds of prior negotiation, clearly didn’t believe me — at least, not until the property’s status on MLS was switched to “A,i” (for “Active, subject to inspection”) two days later.

Fast forward to earlier this Spring.

I listed a Minnetonka home that immediately attracted a flurry of inquiries from several Buyers’ agents, including the Minnetonka Realtor who’d previously thought I was bluffing.

In the course of laying the groundwork for an offer, the agent contacted me to find out if there was any competition.

My 100% truthful answer: “not yet . . . but there have been a ton of showings, including two second showings scheduled for tomorrow afternoon.”

The agent forwarded a full price offer to me by the end of the day, which my client ultimately accepted.

**When the Buyer’s agent and the listing agent work for the same broker, what’s called a “dual agency” results.