Just as broken clocks are accurate twice a day, an overpriced home that sits on the market long enough is likely — eventually — to be overtaken by the next market “up cycle” and once again be well-priced. 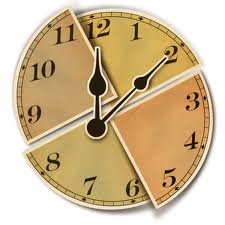 So, I’m aware of a handful of active listings scattered through the Twin Cities that date back to 2009 (or further!) that, incredibly, now appear poised to sell.

Unless the owner now decides to raise their asking price.

One of my favorite (and unfortunately, personal) anecdotes involves an especially unrealistic Seller near the market peak in 2005.

Exasperated, I finally suggested touring several nearby “For Sale” homes competing with his, and pointed out how, for the same price, they offered more square feet, better curb appeal, higher-end finishes — or all three.

Two hours later, at the end of the tour, I asked my client what he thought.

Needless to say, I didn’t succeed in selling his home.

And neither did the next three Realtors.

It finally sold, years later, for more than 30% below his original asking price.