“Michelle Meyer, an economist with Bank of America Merrill Lynch, foresaw only gradual improvements in home values. She expected home prices to rise 2 percent annually in 2012 and 2013, with momentum gradually increasing later in the decade (emphasis added). At that rate, the average home price would regain its 2006 peak in 2022.”

Why stop with extrapolating home prices through 2022? 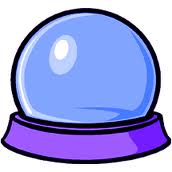 If you really want to impress me, let’s hear what you think they’ll be in 2030.

No one — not even industry experts and participants (I’m one) — has a clue that far out.

Tell me one so-called housing guru who predicted in 2002 where housing prices would be today.