Wall Street:  Tens of Billions
Everyone Else:  Trillions . . . in Debt

If you are just joining The Crash of ’08 “in progress” (as it were), here’s where things stand:

Wide swaths of the country are broke.

Meanwhile, Wall Street is very much not broke.

In fact, it’s rich.  Richer than it’s ever been.

In the best of circumstances, that disparity would make Wall Street a natural lightning rod for an impoverished nation’s antipathy.

But, if you can plausibly make the case that there’s a connection between the two groups’ relative well-being — and *scores of credible commentators now have — you’ve got something potentially more combustible on your hands.

In truth, the evidence shows far more than a connection between the boom on Wall Street and the bust on Main Street.

Stripped down to the essentials, the narrative is actually quite simple:  against a Fed-engineered backdrop of easy money, Wall Street created and ran a mortgage securitization juggernaut that made it billions — until it crashed and took the stock market, housing market, employment, and interest rates with it. 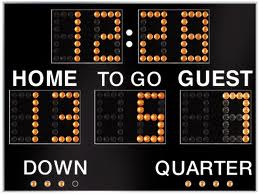 Of course, that’s after Wall Street adulterated or simply scuttled all the reforms and safeguards put in place after the last truly horrific financial crash, which led to The Great Depression.

And thwarted efforts to regulate exotic, new instruments such as credit derivatives (Warren Buffett’s infamous “financial weapons of mass destruction”), which served to disperse and amplify the carnage when it inevitably came.

In light of the foregoing narrative, perhaps the most dismaying (non)development the last few years is how little has been done to hold anyone accountable — let alone undertake systemic reform.

Want to effect some real change, President Obama? (not to mention lift people’s beleaguered “animal spirits” and your own flagging reelection prospects).

Try a “do-over” on how you handled Wall Street and financial reform.