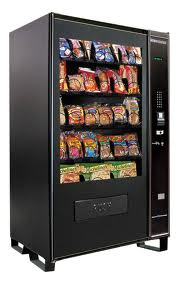 So, who just got the $1.99 I paid last night to watch a Season 3 episode of “Breaking Bad,” the terrific (dare I say addictive?) AMC series about a chemistry teacher-turned-meth dealer:

Once upon a time, TV’s business model was advertising-supported.

Then, with the advent of cable, it became subscription-based.

Now, programming would appear to be sold — vending machine-style — ala Apple’s iTunes (which, notably, wasn’t one of the multiple choices above).

Nor were Redbox, DirectTV, Comcast, or myriad other potential distributors.

All that competition has to bode well, eventually, for so-called content providers — and ultimately, consumers.