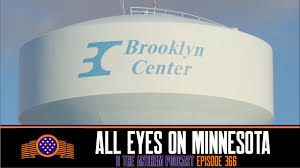 With the possible exception of the two Super Bowls hosted locally and the aftermath of George Floyd’s murder last May, it’s likely that Minnesota has never loomed larger in the nation (and world’s) consciousness.

My two sentiments: 1) healing begins with holding Derek Chauvin legally accountable for George Floyd’s death; and 2) the sooner Minnesota goes back to being “flyover country” . . . the better.

P.S.: Jimmy Carter is right: Walter Mondale will go down as the best Vice President in U.S. history.

Mr. Mondale was also an honorable, decent, long-serving public servant; tireless civil rights advocate; political mentor to Senator Amy Klobuchar and many others; and — last but not least — husband, father, and grandfather.