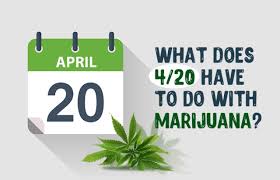 “Marijuana Will Be Legal in Virginia on July 1.”

The old definition of the Yiddish word “chutzpah” was, “Killing your parents, then throwing yourself on the mercy of the court because you’re an orphan.”

There are two new definitions, both courtesy of the anti-cannabis lobby:

Objection #1: “Cannabis has no medical benefit(s).”

The reason cannabis’ properties have yet to be broadly studied, let alone medically validated, is because it remains a “Schedule 1” drug in the eyes of the Drug Enforcement Administration (“DEA”) — no different than heroin or LSD. 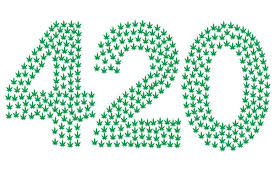 Researchers in academia dare not study the plant for fear of jeopardizing their jobs and reputations — not to mention federal grants their universities rely on.

Remove that legal bugaboo, throw in some funding, and in 3-5 years, you’ll see loads of scientific data.

Or, look at Israel, where leading scientists like organic chemist Raphael Mechoulam have been legally studying cannabis for decades.

In fact, the statistics on that are inconclusive.

But even if that’s true, there’s a simple reason: dispensaries are targets because they’re 100% cash-based.

Because cannabis remains illegal at the federal level, banks will not (knowingly) do business with dispensaries and other cannabis purveyors.

Instead of making researchers, cannabis entrepreneurs, and their customers jump thru proverbial hoops, the federal government should make things easier.

Include minority-owned businesses in the nascent industry; ensure they have access to capital; and wipe clean the criminal records of millions of Americans — disproportionately black and brown — who are felons simply because they personally consumed (vs. sold) small amounts.

Do all that, and future April 20ths will truly be something to celebrate . . .

P.S.: Notice which notorious words are missing from this post: “marijuana,” “pot,” and “weed.”

The preferred term these days is “cannabis” (less stigma).

**Minnesota currently allows medical — but not recreational — use of cannabis.

See also, “David Brooks on Keeping Cannabis Illegal: ‘Been There, Done That,’ Indeed“; “Does Bubbie* Inhale?“; and “Have You Stopped Beating Your Wife Yet?” — Drug Policy Version.”