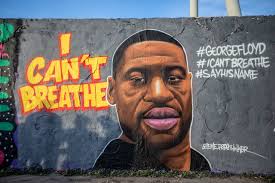 When one police officer commits an act of brutality, you fire the officer, then hold them legally accountable in a court of law.

When there are dozens of documented instances of police brutality, you fire the police chief, and give their replacement a mandate to reform the department.**

When there are literally hundreds of complaints regarding excessive police force spanning decades . . . you start over.

Minneapolis — and the country — are clearly now at stage #3.

THAT’S what explains the national (and worldwide) outpouring of grief and rage in response to George Floyd’s murder while in police custody in Minneapolis scarcely two weeks ago. 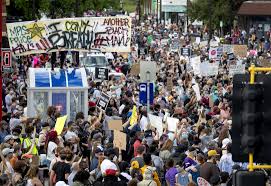 If it’s true that “a crisis is a terrible thing to waste,” Minneapolis now has a golden — if tragic — opportunity to fundamentally re-think how policing should be done in 21st century America, then serve as a model for other cities to to follow suit (really, do they have any other choice??).

I’m optimistic that my hometown (and current home) has the fortitude, political leadership, and basic human decency to pull it off . . .

*”The Minnesota Miracle” was an innovative reform in financing of Minnesota public schools and local governments that created a fairer distribution in taxation and education. Its architect, Governor Wendell Anderson, was featured on the cover of Time Magazine in 1973 (see photo, above).