What do you call the person who finishes last in their medical school class? Answer: “Doctor.”

If Mitt Romney wins today’s election, he is, of course, President.

Somehow, referring that way to a politician who won a couple dozen primaries, ousted dozens of party rivals, and ultimately garnered millions of votes (and billions(?) in campaign contributions) on the way to becoming a finalist for U.S. President seems a little . . . harsh.

Interestingly, the Oscars dealt with this little semantics problem years ago.

The inference was that the runners-up were all losers, even if they were nominated alongside the likes of Meryl Streep, Jack Nicholson, etc.

Now, of course, presenters all uniformly intone, “and the Oscar goes to . . . “

Losing the Battle, Winning the War?

Too, there is a different cast to an incumbent who’s turned out vs. a challenger who comes up short: Hoover didn’t just lose to FDR; arguably, he was repudiated. 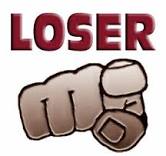 It’s also the case that, historically, some Presidential races come to been seen as stepping-stones to victorious races later on.

Republican Barry Goldwater’s 1964 loss — which stirred his party’s idealogues and ultimately led to Ronald Reagan’s ascension 16 years later — is a good example of that.