The vast majority of inspections go smoothly, resulting in a nominal reduction in the sales price (if that).

On the relatively rare occasions when a Buyer’s inspection turns up a major issue (or several), most of the time, the deal still holds together — albeit at a discount — for the simple reason that the Seller is likely to have to make the same concessions to future Buyers. 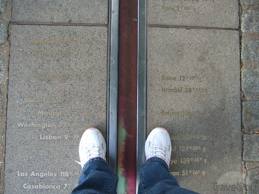 So, it’s rarer than you might guess for even a rocky inspection to jeopardize a transaction.

Exceptions to the Rule

Which leads to the deal that I handled this past Summer.

After my client’s inspection turned up multiple, major issues (including concerns about the foundation and rotting windows throughout the first floor), they decided to cancel.

While the problems were no doubt soluble, my clients were first-time Buyers relocating from California — with three small kids to boot!

After a fair amount of agonizing, they simply decided that sorting through the home’s issues long distance was too big a challenge.

Back on the Market

So, what happened next?

A month later, the home came back on the market, listed by a new agent.

Unchanged from before:  the list price — with no apparent mention of any issues or problems.

Two months after that, I saw that the home was “Pending.”

It’s certainly possible that the Seller remedied the concerns raised by my Buyer’s inspection and/or Buyer #2 satisfied themselves as to the home’s risks and/or the eventual purchase price reflects same (the sale hasn’t closed yet).

But, it’s also possible that those things didn’t happen.

Question #2:  how strenuously do you suppose Buyer #2’s (dual) agent advocated for them?