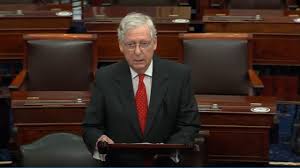 The Opposite of Teddy Roosevelt

Let me say this very clearly for all 99 of my colleagues: Nobody serving in this chamber can even begin, can even begin, to imagine what a completely scorched-earth Senate would look like . . . This chaos would not open up an express lane to liberal change. It would not open up an express lane for the Biden presidency to speed into the history books. The Senate would be more like a 100-car pile up, nothing moving.”

Whatever you think of Mitch McConnell’s politics, most objective observers would grant that he is a deft negotiator.

So, it’s noteworthy (at least to me) when he violated — as he did last week — a cardinal rule of negotiation. 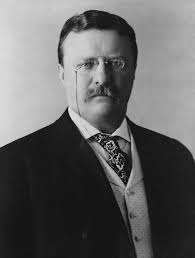 Namely, the louder someone blusters, invariably the weaker the hand they’re holding.

Think of it as the converse to Teddy Roosevelt’s, “Speak softly and carry a big stick.”

P.S.: It stands to reason that if Senate Democrats can scrap the filibuster, they can also override any Republican dilatory/procedural tactics.

See also, “President Obama: ‘I Don’t Bluff’“; “Negotiating, Ray Donovan-Style: When a Tie = a Win“; “Negotiating Tips”; “How to Become a Good Negotiator“; “The Key to Successful Negotiation“; “‘Splitting the Difference’ and Other Negotiation Tactics”; and “Written vs. Verbal Counter-Offers.”