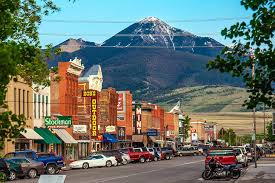 Reader #1: “Montana is beautiful. But it’s too red-state for me.”

Reader #2: “Travel out to Missoula and other populated parts of Montana and you’ll see they are generally educated and liberal leaning like anywhere else in the country.”

Reader #3: “Missoula is a blue dot in a red state. And, not totally blue.”

Reader #2: “Nothing is totally blue. All I’m saying is that 100,000 people, or 50,000 households of two persons each can flip the entire state blue given the low population of the state.”

The surprise about the conversation above — in the “Comments” section following the Post article — is that Reader #2’s demographic insight doesn’t just apply to to sparsely-populated states like Montana. 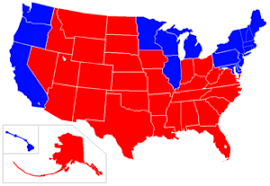 They generally fall into one of two categories:

One. They have relatively few people; or

Two. They have small to medium-ish populations, but the political scales are now almost evenly balanced between Republicans and Democrats

Note that very red North Dakota falls in the former category, but I’m excluding it because it holds little appeal for Coastal transplants and potential retirees.

Also, in 2016, an additional 100,000 votes would have flipped even more populous (and relocation favorite) Arizona blue.**

At this stage in the pandemic/political crisis/urban unrest, it’s hard to see months ahead, let alone years.

But, here’s guessing that one of the biggest and unlikeliest long-term consequences of today’s tumult is a decidedly blue-ward shift in the nation’s politics.

That is, if all those remote-working, college-educated, left-leaning transplants can survive: a) the locals; and b) the Winters (perhaps the most common sentiment expressed in the “Comments” section of the excellent Post article).

But, those states likely hold less appeal for coastal transplants.