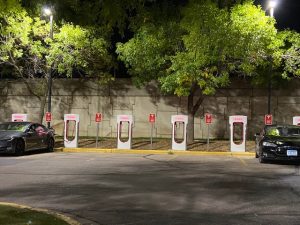 Not owning a Tesla, I have no idea how fast they (re)charge.

But, based on at least one Target — the St. Louis Park store just east of Highway 100 — now having multiple Tesla charging stations (“Superchargers”) in its parking lot, I’m guessing that a 30-minute shop is long enough to at least “top off” the electric car’s battery. 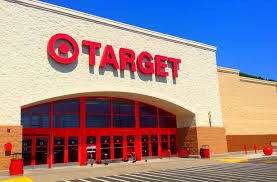 My theory: even if the stations are underused, it differentiates Target from competitors like Wal-Mart, and signals that it’s, um . . . targeting more affluent consumers.

Not Your Dad’s Discounter

If you didn’t know, Target is headquartered in Minneapolis.

The discounter was originally a subsidiary of Dayton Hudson, and eventually became the proverbial “tail wagging the (retail) dog.”

Long-time locals (I qualify) remember when it was still referred to as “Tar-zhay’.”