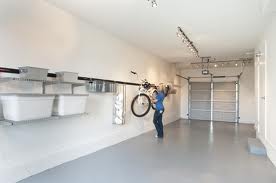 The best way to sell a house is to exceed Buyers’ expectations (plus dangle a tempting price, and stir up lots of “pre-list” and “new list” buzz).

The corollary? “The best way to lose a Buyer is to disappoint them.”

Is it a mistake not to alert prospective Buyers that the two-car garage is actually a tandem (two spaces, but one in front of the other, in single file)?

In my judgment, yes.

That’s because, even though a tandem garage qualifies as a two-car garage, the vast majority of home Buyers consider that much less desirable than a standard, two-car garage with side by side stalls.

So, the owner (and listing agent representing them) is virtually ensuring that every prospective Buyer will start out the showing feeling let down, instead of excited about the home.

While it’s certainly possible to overcome that ” especially if the rest of the house is “blow away” ” in general, exceeding Buyers’ expectations, not disappointing them, is a better recipe for generating offers.

Will showings suffer as a result of tipping off Buyers that the two-car garage is actually a tandem?

But the Buyers who actually do come through will already be past that issue, and better able to focus on the home’s pluses.

They’ll also start out feeling that the Seller is forthright and credible ” vs. having their guard up about anything else that might not be exactly as represented.

Moral of the story?

The best way to defuse an issue is to put it out there.

P.S.: As a trial attorney representing railroads, Abraham Lincoln knew that one of the best ways to build credibility with a jury on major issues was to concede trivial issues early on.