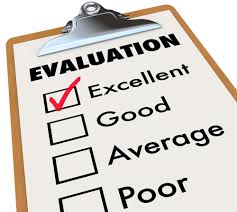 It seems straightforward:  if you’re looking for the best Realtor, just find the local agent who sells the most homes, for the highest % of asking price, in the least amount of time.

According to at least one pro, however (this one), such statistics are at best a starting point, and can often be misleading or worse.

Assume that Realtor Jane’s listings take an average of 78 days to sell, while Realtor Susan’s only need 47 days.

Ergo, notwithstanding the raw numbers, Realtor Jane is positively a star, while Realtor Susan is a laggard.

Another way Realtors’ average selling time can be misleading is that it doesn’t take account of “Expired’s” and “Cancelled’s.”

Agent Bob’s, because Expired’s and Cancelled’s aren’t captured in average sales time (I suppose you can say the sales time for an Expired or Cancelled listing is . . . “infinite”.)

But, it’s Realtor Tom who actually has the better track record.

Finally, sales price as a percentage of list price has nuances, too.

It’s incumbent upon listing agents to recommend a suggested asking price (or at least a range).

When clients pick a too-aggressive list price, the usual result is serial write-down’s ” and often, an ultimate selling price that overshoots fair market value on the low side.

Does that reflect on the listing agent?

Of course, there are plenty of instances when it’s the Realtor who selected (or at least blessed) an inflated price.

That can be either intentional, i.e., the agent knowingly quoted a too-high price, to secure the listing (a practice known as “buying the listing”); or accidental, due to the agent’s inexperience and/or lack of skill.

Unfortunately, it’s impossible to glean from MLS statistics alone who is more culpable ” the agent or the client ” for mispricing a given home.

See also, “The Serenity Prayer ” Realtor’s Version”; “Knowing When to Pass (on an overpriced listing)“; “Perils of Overpricing Even (Especially) in a Rising Market“; “The Centrifugal Force(s) Roiling American Politics, or, “Demographics, Self-Selection & Political Gridlock”; “Realtors vs. Politicians“; and “Political ” and Real Estate ” Incumbents.”