Statistician Nate Silver has advanced an interesting explanation for ever more frequent (and seemingly more acute) attacks of political gridlock nationally — the just-averted Fiscal Cliff fiasco serving as Exhibit A.

Namely, politicians on both sides of the aisle have conspired to make political districts “safer” over time, via periodic redistricting (the process has long been known as “gerrymandering,” in (dubious) honor of Elbridge Gerry). 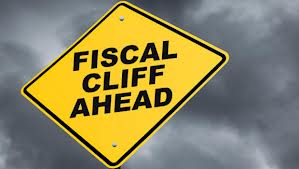 Using the terms “landslide districts” and “swing districts,” Silver notes that the former have swelled while the latter have shrunk.

Guarding Their Flanks (and Their Backs)

Why is that so significant?

Because incumbents — especially Republicans — don’t get attacked in primaries from the middle . . . they get attacked from the fringe.

Ergo, they hew to the extremes, and away from the middle.

Call it the new centrifugal force in modern, American politics.

Over time, might this political trend spill over into measurable, demographic and population shifts?

And if so, how will this affect (further) political polarization?

For example, if people in Massachusetts want strict(er) gun control, and people in Texas don’t, over time, those two states might logically attract people who are of one persuasion and repel the other.

Arguably, they already have.

Ditto for such other divisive social issues as gay marriage, legal pot, and abortion.

Which is all fine, to a point:  the Constitution not only contemplates local differences in tastes and customs, it explicitly sanctions them (per “states’ rights,” the federal government was to defer to the states — at least once upon a time).

However, such variation does make the country as a whole more challenging to govern; at the local level, it also makes for much less diverse communities.

Greater local homogeneity also suggests that the better course in the decades to come, at least politically, is — whenever possible — to resolve issues at the local or regional level, rather than nationally.

Which suggests a concomitantly smaller role for the federal government.

P.S.:  want an example where the Supreme Court (still) recognizes the primacy of local (community-based) standards?

Unfortunately, what works for many social issues is a “no go” in other areas.

For example, it simply doesn’t work for thousands of communities nationally to enact their own environmental standards.