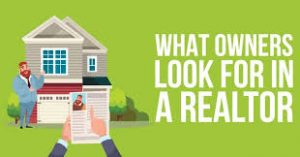 Sure, sure, “how many years someone has been in the business” is a rough proxy for how experienced a particular Realtor is.

That’s especially so in a field where something like 90% of new entrants last less than two years.

But, I’d argue, there are three other metrics that more accurately capture how seasoned/skilled any given agent is:

Once a Realtor has handled 10 – 15 transaction sides — representing either the Buyer or Seller in a single deal — they’ve at least learned the basics.

A few new agents get to that point in three months; others can require two (or more) years.

Believe it or not, there’s actually something called a “Buyer’s Market.”

Supposedly, there’s even a phenomenon known as a “Balanced Market.”

But since the housing market hasn’t experienced either one in at least 6-7 years, I’m guessing that more than 50% of all agents currently active are only familiar with a Seller’s Market.

When — not if — there’s another market shift . . . they’ll see how different it feels.

Three. Office managers worked under (note: the technical term — which agents never use — is “Managing Broker”).

Given the transient nature of the field, most Realtors work under exactly one Office Manager.

Beginning with the inimitable Josh Kaplan, thru the ever-buoyant Molly Goenner, each one has been outstanding in their own right, and taught me something — actually, many things — only they could have.

While the Edina Realty brand assures consistency and quality control, it’s the Office Manager — and the agents they attract/retain over time — who puts their “stamp” on each brokerage office . . .