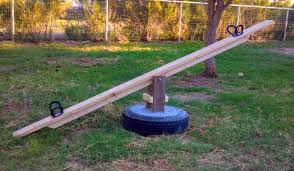 The Harder It is To Sell Listings, the Easier They Are to Get — and Vice Versa

“Energy cannot be created or destroyed.”

OK, so residential real estate isn’t governed by anything so fundamental as the three laws of thermodynamics in physics.

But, it is characterized by a peculiar sort of equilibrium.

Namely, no matter the vagaries of the housing market — bull or bear, Buyer’s market or Seller’s, high interest rates or low — the challenge for Realtors trying to make a living remains roughly constant.

“That makes no sense,” I can already hear you say.

“How can real estate sales be more challenging now than in the depths of the housing market bust?” (approximately a decade ago).

One. Stiffer competition for listings.

When the market is up and everything seems to be selling for over asking price in multiple offers, more new agents enter the business.

Even if they lack the skills and track record of veteran agents, all those newbies still represent competition — especially if the prospective seller is their relative, neighbor, or BFF.

Meanwhile, veteran agents who are enjoying flush years can be in expansion mode, turbo-charging their marketing, and horning in on the turf of “incumbent” Realtors.

Hot markets have a way of breeding home sellers who think they can do it themselves, with the same results.

They’re wrong — I’d argue that a skilled agent can actually add more value in a strong, fast-moving market than in a soft, slow one (Don’t believe me? Compare the outcome of a listing agent handling their first multiple offer vs. a Realtor who’s been in dozens).

But, that’s the perception of some would-be Sellers — at least, till their home sits on the market, unsold, after which the vast majority throw in the towel and hire a pro.

Surprise, surprise, when the headlines, neighborhood chatter, and social media are all abuzz with news of desperate home buyers and rampant multiple offers, at least some prospective Sellers think the sky’s the limit.

Too, it’s funny how the same homeowners who price too aggressively also seem to be the ones most inclined to scrimp on needed pre-sale prep, home staging, and compliance with municipal point-of-sale requirements (if applicable).

It’s possible to under-prep and overprice even (especially) in a strong Seller’s market, with the same inexorable result: the overpriced home sits, gathering damaging market time until the Seller aggressively discounts their price, to re-attract skeptical Buyers.

So, what’s so great about a housing bear market or even crash — never mind a nasty recession?

Nothing, especially for anyone who faces a potential job loss and/or plummeting home equity.

For Realtors in particular, it’s also true that the combination of fewer housing transactions, at lower prices, constitutes a wicked “one-two punch” to gross commissions.**

But precisely because of those things, during housing downturns, the Realtor ranks thin, Sellers become (much) more realistic, and the value of having a pro at your side becomes more appealing if not self-evident.

Net effect: while it’s much harder to sell homes in a Buyer’s market . . . it’s much easier for Realtors to get hired.

**Of course, in a truly ugly housing downturn, the pool of salable homes contracts as well.

That’s because falling prices create “upside down” Sellers, whose homes are worth less than their mortgage balance (a condition also known as being “underwater”).