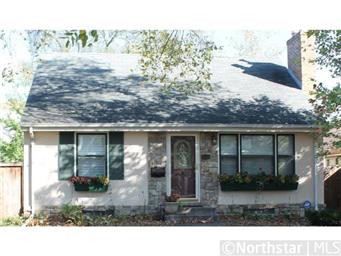 Mispricing (want to guess which direction?).

Exhibit A would be this 1 1/2 story home a few blocks east of Lake Calhoun that came on the market this morning, aggressively priced at $475,000(!), as they say.

Of course, the second most common FSBO mistake is poor marketing.