When the world is going to hell on a Harley, investors find few places to hide: Treasury bills, gold, Swiss francs”or the stock of McDonald’s Corp. 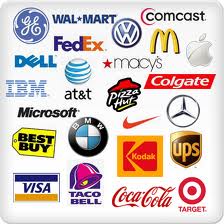 Wal-Mart, Procter & Gamble, Disney and perhaps a few other global, mega-cap companies, which all share the virtue of selling what economists call “consumer non-durables” characterized by especially fast cash-to-cash cycles.

Translation for non-accountants:  they sell a lot of small things, quickly, for cash.

As opposed to, say, companies like Boeing and General Motors, which sell a relatively small number of big things, slowly.

Why does that matter?

In an uncertain economy, the more people you sell to, in more places, the more stable your demand.

Meanwhile, the more quickly your customers pay you, the less risk you have of  . . . . not getting paid.

It’s also the case that turning over inventory rapidly minimizes the risk of getting hammered by either inflation or deflation, and being dependent on the capital markets for short-term financing.

On that score, it also helps to not be in an especially capital-intensive business — another black mark for Boeing, as well as companies such as FedEx and any of the airlines.

Which leaves the sine qua non for a would-be currency alternative:  size, and therefore liquidity.

If you want to convert your Honus Wagner baseball card or rare stamp collection into cash, it might take awhile.

However, there’s a pretty ready audience for 100 — or 1 million — shares of McDonald’s or Coke, with their daily trading volume in the tens of millions and infinitesimal spread between the Bid and Ask price.

The only downside to piling into such stocks?

To the extent that demand for their shares is being temporarily augmented by those seeking stable stores of value, at least in theory, they should be subject to commensurate selling pressure once volatility and currency risk(s) subside.

Just think of it as investing “tailwinds” and “headwinds.”