Keeping Up With Mozart (or not)

“Ron Johnson” is not exactly the kind of name that stands out, especially to someone living in Scandinavian-rich Minnesota, as I do.

However, the headshots that accompanied the various stories on JC Penney’s new CEO did look awfully familiar.

So, I looked him up.

Yup, he was at Stanford 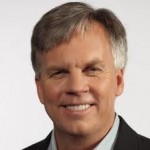 when I was (looking remarkably like he did circa 1978, plus or minus a few wrinkles and gray hair).

I don’t believe he was in my dorm — I would have remembered that — but I’m positive he was in the larger Wilbur housing complex, which shared an eating hall.

According to one of the stories, Johnson made something like $400 million during his less than 10 years at Apple.

Which I think is terrific.

However, it does complicate Stanford’s rather-zealous fundraising efforts aimed at less wealthy alum’s (that would be me — by a lot!).

Instead, I favor less well-heeled organizations, like the local food shelves featured on this page.

P.S. one of my favorite lines about comparing yourself to others was uttered by one of my economics professors.

Even though he’d made Associate Professor at Stanford by his early 30’s — a huge accomplishment by any objective measure — apparently he hailed from a family of brilliant overachievers where such exploits were rather routine.