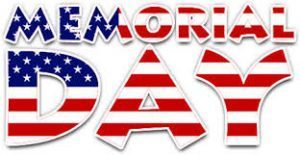 The Case For ” and Against

In a microcosm, the considerations for doing an open house over Memorial Day weekend are the same as for deciding whether to list a home during a traditionally slow time of the year (like around the holidays).

Here’s how the arguments shape up:

—Not much competition from other open houses, so the ones that are open stand out more.
—Quality over quantity:  fewer Buyers are out on a holiday weekend, but the ones who are, are disproportionately serious, motivated, etc.

—Fewer open houses over Memorial Day weekend, which holds down traffic (like car dealerships that cluster in the same area, having lots of nearby open houses helps attract Buyers).
—Intrusion on family time, privacy.  Opening one’s home to the public ” and doing all the cleaning and prep necessary ahead of that ” isn’t necessarily how people want to spend a long holiday weekend (on the plus side, it’s a lot easier to kill a few hours away from home now than in frigid December).

So, which way do the foregoing factors tilt?

For most Sellers (and their Realtors), probably against.

Accommodating weather ” which, unfortunately, isn’t knowable a couple days in advance, when a good open house is planned and marketed.