[Editor’s Note:  Broken clocks are accurate twice a day.  Similarly, my post about the Parade of Homes — and the challenges and opportunities it presents for home buyers and their Realtors — is correct twice a year.  The first time is the Spring Parade; the second is the Fall Parade, occurring now — specifically, Sept. 6 – 28.  The following post originally appeared last March]

Test your knowledge of how the housing market works, and answer the following question:

To veteran real estate agents, the Parade of Homes represents:

Buyers “on ‘Parade'”:  on purpose or by accident?

With mild temps on tap this weekend for the first time since . . . forever (??), it promises to be a big weekend for home Buyers generally — and the 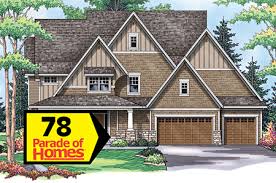 Twin Cities Parade of Homes in particular (held during March).

If this year is like every other, at least a few Twin Cities agents will field phone calls from excited clients Sunday night, breathlessly exclaiming that they “found their dream home!,” and want their agent’s help buying it.

They found it on their own, and as a result, the builder/developer is likely to argue that they, not the Buyer’s agent, have what’s called “procuring cause” — and therefore aren’t obliged to pay the Buyer’s agent a commission.

That can be the case even if the clients have been working with their agent for several months (years?), and the latter has shown them dozens of homes during that interval, painstakingly prepped and coached them on the buying process, helped financially qualify them, etc.

The most common scenario when agents get “bit” by The Parade of Homes is that they had no idea that their client was open to new construction.

Often times, neither was the client. 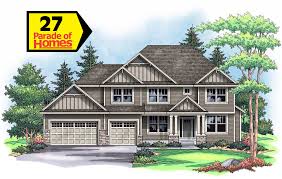 Instead, while their agent was most likely hosting their own Sunday open house, they happened to drive by an open “Parade” home, were curious, and took a look.

The next thing they knew, they were in love, and trying to figure out how to buy it.

Unfortunately, unbeknownst to laymen, what’s called the “payout commission” isn’t payable to the Buyer’s agent, but rather to the agent most responsible for the Buyer deciding to buy that particular home.

While there’s a multi-factor test to decide who has “procuring cause” (the technical term for who’s entitled to the Buyer’s commission), the gist of the inquiry is, “who introduced the Buyer to the particular home and cemented their decision to buy it?” 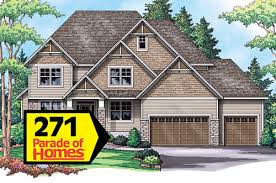 Knowing that, it’s quite easy for Buyers’ agents to inoculate themselves from the associated risk.

Namely, all they need to do is proactively discuss with their clients — especially ones frustrated by the continuing lack of inventory — if new construction might be an alternative.

If the answer is “yes,” they should pick up multiple copies of the Parade book, share with their client — and pour over it themselves to find promising prospects.

Step #2:  getting clients in as fast as possible (agents can set up showings any time, not just during the posted “Parade” hours — they’re all vacant).

In fact, the biggest sale of my career was an Edina Parade home that I found for my clients after striking out with numerous existing construction.

P.S.:  Agent who have schedule conflicts can instead direct their clients to a promising Parade open house, and give the builder a “heads up” that they’ll be sending their clients through.

Of course, the agent then needs to immediately follow up with their client to determine if they have interest.