Cobbling Together a Real Estate Steal

“All manner of assets, from government and corporate bonds to oil and other commodities, have posted big gains since the grim days of the 2008-09 financial crisis. The rising tide has been lifted partly by the slowly recovering U.S. economy but, more important, by the monetary policy of the Federal Reserve, which has flooded the markets with cheap money.

The problem: All that monetary stimulus has left almost everything pricey by historical examples.”

If you’re fortunate enough to have some cash to invest at the moment, but flummoxed by the lack of investment opportunities, here’s one:  a six Bedroom, six Bath Florida condo 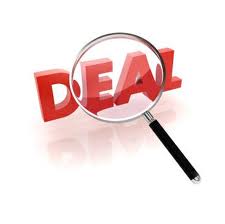 Ok, so the property doesn’t come that way — you’d have to do some combining (three units, in fact, not just two).

And you’d have to be the right age (55 or over) to qualify — and then have to be OK with older neighbors, at least in the short-run.

But, in a world where practically everything looks overpriced (thanks, Chairman Ben), it’s gratifying to know that a 2 Bedroom/2 Bath condo in a Florida retirement community can be had — today — for $25k.

Or even (much) less:

The prices in these large retirement communities are not low because the properties have deteriorated since they were built in the 1970s and ’80s. In fact, they are mostly well-kept.

But they hold little appeal to most baby boomers, who never imagined hanging out in the same sprawling retirement complexes that attracted their parents to come here.”

Before you scoff, keep this in mind:  thousands of fortunes were made 20 years ago when most of the nation’s mutual banks (owned by their depositors) converted to publicly-traded entities.

If it meant doubling or tripling property values, don’t you suppose some seniors-only communities would consider jettisoning — or at least relaxing — that restriction??