“No one ever washes a rental car.”

–Popularized (if not originated) by NYT columnist Thomas L. Friedman 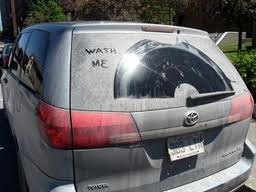 Which is why condo conversions can be so problematic (I just showed two to a client this weekend).

As the foregoing suggests, problem #1 is that, frequently, the only difference between the former rental and the current condo is the unit’s changed legal status (and perhaps, some new appliances and countertops).

In fact, in Minneapolis’ Uptown neighborhood, a certain now-defunct developer was (in)famous for doing just such “legal makeovers” to several hundred units roughly between 2003 and 2008.

Perhaps more significantly, there is often a real, physical difference between a condo building built that way, and a duplex or apartment building converted into condo’s.

Aside from what Realtors call finish quality (typically lower in rentals), it’s much more common for converted buildings to have what I’ll call “conjoined mechanicals” — that is, the units share a furnace/boiler, hot water heater, etc. vs. having their own.

Ditto for the communal (shared) laundry, which is usually located in the basement vs. private to each unit; more limited off-street parking; and common areas that are at best an afterthought vs. a true amenity.

As you might expect, the foregoing issues often translate into a discounted selling price.

P.S.:  While there are certainly now luxury rentals in equally luxe locations, historically at least, rental properties tended to be in more marginal areas relative to owner-occupied housing.