How Long After the Holidays to Re-List?

With the holidays now past, many would-be home sellers whose properties have been off the market since Thanksgiving (or thereabouts) are asking their Realtors whether it’s 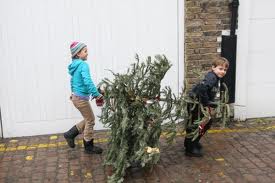 time to go back on.

The case for doing it this week:  it’s easier to stand out from the crowd during an otherwise slow week.

The case for doing it next:  the market’s busier, and more people are paying attention.

Either way, it’s a VERY good idea to return to the market with updated (vs. summertime) photos — something a distinct minority seem to be doing, based on my unscientific sampling (note:  last year’s dearth of snow locally made it easier to get away with old photos).

According to MLS, some 1,297 properties are currently TNAS, or “Temporarily Not Available for Showing.”

That’s only about 8% of the total homes for sale in the Twin Cities.

However, my best guess is that that understates the true number of home taken off the market for the holidays.

Lots of listings that are cancelled or expire in December are destined to come back on the market after January 1.