[Editor’s note:  my regular gig is residential real estate, not retail or commercial.  However, I do have a solid business background, plus a decades-long familiarity with the Twin Cities and local trends.  Rough estimates of acreage, land value, etc. are exactly that.]

It may not be new news — I don’t go to Southdale regularly — but I was struck the other day by all the vacant space.

mall is vacant — and perhaps closer to 80% near the west end, anchored by JC Penney (and little else).

Hard to know if it’s the economy; the mall’s age (built in the 1950’s, notwithstanding periodic updates); or nearby thriving Mall of America, about 4 miles east.

One thing it’s not:  the surrounding Edina area, whose housing market has been terrific (ditto for Southwest Minneapolis, just to the north).

When Malls Die (or Not)

The prosperity of the surrounding area provides a pretty sturdy safety net under Southdale.

If the mall’s challenges prove to be more daunting than simply a dated design and the wrong retail mix, you’d guess owner Simon Property Group will know what to do.

My guess:  the value of all that land could some day very easily exceed the value of the shopping center — or perhaps it already has.

Neighboring Galleria to the south is doing just fine, and might even absorb more space if it became available.

Elsewhere in the Twin Cities, the fate of other malls depends on their individual circumstances. 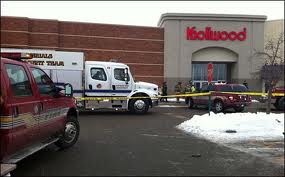 Knollwood in west St. Louis Park seems to be enjoying a genuine turnaround.

A “value” retail mix featuring a Kohl’s and Old Navy; a revitalized surrounding area; and a redesigned east side that created some natural light and curb appeal (yes, malls can be said to have “curb appeal” — or not).

Five miles north, in Plymouth, the very idle Four Seasons mall — it looked like a ghost town last week — is in the process of metamorphosing from a tired strip mall into a Sam’s Club.

The timeline from here appears to be more of a political/zoning question than a financial one, given the owner’s deep pockets and the location’s prime 20 acres at the southwest corner of Highway 169 and County 42 (Rockford Road).

Access from the north could be better — and undoubtedly will, once Wal-Mart’s done improving the site.

Which leaves the problem child of Twin Cities malls, Brookdale.

Unlike Southdale, it’s not in the 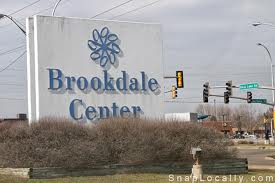 shadow of the Mall of America.

The mall’s design, location, and immediate area are all less attractive, and the very size of the parcel could very well limit large-scale redevelopment plans.

So, at least in the short-term, it’s easy to predict what’s going to happen with Brookdale:  not much.

P.S.:  Nobody asked me, but I think Brookdale would have made a great site for the new Vikings stadium.

Instead, that’s going to be built across the street from the old one.