There is nothing about the physics of the material world (quarks, electrons, photons, atoms, etc.), and specifically, the intricate structure of the brain, that gives the slightest clue as to the mechanism of consciousness.

Parsing Alexander’s claims of encountering the divine — and then some — while in a meningitis-induced coma more than four years ago makes me recall the opening lecture of the “Abnormal Psychology” class I took when I was a Stanford undergrad.

In fact, in the over 30(!) years since I took that course, that’s exactly what many academicians have sought to do.

Amongst other byproducts, there’s now a huge body of research focused on human happiness — what it is, how it’s attained, and who does (and doesn’t) experience it.

The distinction between normal and altered consciousness lies at the heart of Eben Alexander’s book, “Proof of Heaven,” chronicling his experience while lying coma-bound in a Lynchburg, VA hospital in 2008.

The gist of Alexander’s claim:  since he was technically brain-dead, whatever he experienced was necessarily real and outside himself — versus a product of his drug-addled, gravely ill brain.

While others have made similar claims, Alexander’s background as a neurosurgeon and scientist gives his account extra credence.

It’s like Mitt Romney testifying that he witnessed a UFO — then writing a best-selling 200 page book about the experience, followed by essentially quitting his day job and hitting the talk show circuit (including an hour with Oprah) to promote his experience and altered world view (all true of Dr. Alexander).

Now, that Mitt Romney would have gotten the nation’s attention!!

Which brings us back full circle:  is Alexander the real deal? 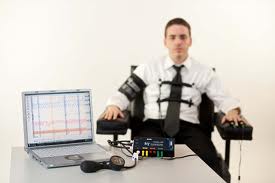 That is, is he right about the existence of infinite other realms; the divine (“Om”); love as the essence of the universe; and many, many other ultimate truths supposedly revealed to his comatose self?

Since it’s not really possible to scientifically “prove” those things — not yet if ever — the answer turns on the veracity of the witness.

In this case, it’s hard to judge until more is clear about Dr. Alexander’s motives (altruistic, financial or perhaps simply ego); what he does with the monetary windfall certainly headed his way (speaks to motives); and other developments sure to follow (such as, “Do his family and friends check out?”  “Has he defended any lawsuits for fraud, paid off any mistresses, etc. lately?”).

Personally, I would be a little more disposed to believe Alexander if he looked more like Paul Giamatti instead of a more handsome (if older) version of Modern Family’s Ty Burrell, straight from central casting.

Ditto for his signature bow tie (too self-promotional).

But if I’m not sure I believe everything Dr. Alexander believes, based on the passion evident in his book, its consistent tone, intelligent (to me) discussion of philosophy, science, etc., I’m at least inclined to believe that he believes.

In the meantime, he is certainly right about one thing:  to many traditional doctors and scientists (still), the riddle of human consciousness isn’t a (the??) central query, but literally an afterthought, extraneous.

In the case of the placebo effect, scientists actually regard consciousness as an impediment — “an obstacle to the demonstration of a treatment,” as Alexander notes.

Ironically, the most promising support for Dr. Alexander’s claims come not from his chosen profession, medicine, but from physics. 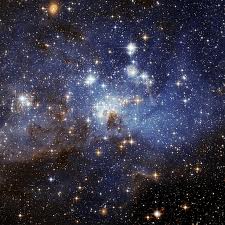 It was Heisenberg who first noted the inextricable link between the observer and the observed, establishing (but not defining) the critical role of human consciousness.

And it is modern physicists who now theorize that “dark energy” and “dark matter” comprise 96% of the universe, even though no human has (or likely ever will) provide a first-hand account of either that will pass “scientific” muster.

P.S.:  I ultimately switched my major from Psychology to Economics, because when I was at Stanford, “humanistic” psychologists like Freud, Jung, and Rogers were taught in the Religious Studies department, not Psychology.