Do They Come Out Ahead?

In college football, they’re called “red-shirts”:  promising freshmen who are held back a year — both for more seasoning, and because they’d otherwise use up valuable eligibility serving as an understudy to a star upperclassman. 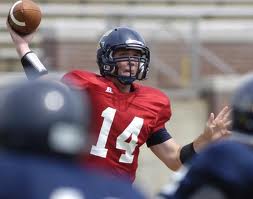 A home that was listed 2-3 years ago when the market was weakest; was cancelled when it didn’t sell; and is now back on the market.

Did that turn out to be a wise move?

If “wise” means selling for more today, I’d say “no,” at least based on the 6-8 such situations that I’m personally familiar with.

In the majority of cases, the “red-shirted” home ultimately sold — or is currently listed — for less than it was previously advertised for sale.

Why would that be true, when the overall housing market is up?

One.  The home was VERY overpriced before.

To use the same sort-of-hypothetical $500k listing that didn’t sell before, it’s awfully hard to persuade Buyers that something that wasn’t worth $500k back then is now worth $525k, $550k (or more).

At least not without the owner justifying the bump by having done a new Kitchen, new Baths, or some other major outlay.

Which leads to reason #3:  in the case of many of the “red-shirted” homes, they’ve spent the last 2-4 years as rentals.

You know what they say about “nobody washing a rental car?”

As you might guess — and prospective home buyers readily discern — renters seldom keep up a home as well as owners.