If you want instant analysis of Paul Ryan’s selection as Mitt Romney’s running mate . . . believe me, you’ve got lots of (other) blogs to turn to. 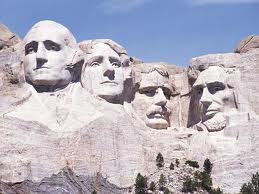 I’ll limit myself to this parting shot:

Unless Mitt Romney is elected and subsequently serves two full terms, the simple empirical fact is that as of today, he will have spent more of his life running for President than actually being President.

To be fair, much the same could be said of Barack Obama, now-discredited Jon Edwards, and others.

Now, ask yourself this:  can anyone seriously imagine a George Washington or Abraham Lincoln or Teddy Roosevelt spending years of their lives this way?

Raising obscene amounts of money in an endless succession of closed-to-the-public gatherings in the country’s most elite salons?

I didn’t think so.

They would doubtless have regarded such use of their time as frivolous, demeaning — or both.

Instead — assuming they wouldn’t simply have shunned public service of any kind — they would have railed against such a dysfunctional system, and applied their considerable problem-solving and leadership skills to actually doing something about it, either as elected officials or through some other channel (Facebook?  Third political party?).

At least back in, say, 1860, Presidential candidates actually needed a few months to reach (mostly) rural voters and get their message across (imagine trying to reach the electorate in an era without electricity — let alone phones, TV’s, etc!).

Today, virtually nothing is said, instantaneously to millions of people, over an increasingly long interval.

Quite a contrast, huh?