Ahhh, So THAT’s What They Are

If you’re joining the story “already in progress,” as it were, here’s what you missed: 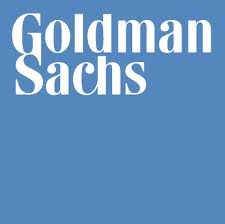 My initial guess was that Goldman Sachs and its acolytes would attempt to smear Smith with some ethical lapse.

Instead, what has emerged is a one-two punch denigrating his status within the firm (“one of 12,000 Vice Presidents”), coupled with an odd “non-denial denial.”

So, the party line has been to freely acknowledge that Goldman and its denizens are sharks (and always have been), then go on to lampoon Smith as a “boy scout” who belatedly discovered (and became uncomfortable with) that fact.

All these arguments (and more) are on display in Holman Jenkins’ Wall Street Journal column, “Greg Smith is Too Sexy For His Cat,” which would be laughable if it weren’t so condescending, morally noxious, and just plain offensive.

Here are Jenkins’ key points — followed by my responses.

Jenkins:  “It’s been six years since the Abacus deals and other mortgage transactions that gave rise to the lore that Goldman plays fast and loose.  If Goldman is so toxic, why is Mr. Smith only leaving now?”

And since when does stipulating that an organization accused of behaving outrageously is essentially guilty as charged qualify as a defense?

Jenkins:  “If Goldman abuses its customers, why does it continue to have customers?”

Kaplan:  Drug dealers have customers, too — and for some of the same reasons.

The relationship is usually explained by the customers having limited (or no) alternatives, plus — at least sometimes — the expectation (hope?) that, by doing business with a predator, they’ll somehow get a cut of the spoils.

See, “Dealing With the Devil:  Why Be a Goldman Sachs Client?”

In fact, today’s Wall Street is essentially an oligarchy — a market controlled by a handful of overly powerful, politically connected entities who’ve written the nation’s financial laws to suit their own interests.

And dirty operators do occasionally grease palms other than their own:  politicians’, for example.

In the same vein, it’s now known that not all of Bernie Madoff’s clients got burned — some scored huge gains, courtesy of their “favored client” status.

Jenkins:  “If there’s a case for outlawing parties voluntarily engaging in complex financial transactions, then let’s hear it.”

After The Crash of ’08, millions of foreclosed homes and lost jobs, trillions in new federal debt, TARP, ZIRP, QE I and II, etc., you’re seriously going to argue that securitized mortgages, credit derivatives and other financial esoterica — Warren Buffett’s notorious “financial weapons of mass destruction” — don’t have horrific side effects?!?

If Buyers and Sellers of “complex financial instruments” only preyed on one another, that would be one thing.

But in today’s era of Too Big to Fail, that’s patently not how it works.

Instead, when the losing bettors lose (and go bust), “winners” like Goldman Sachs get the government — which means taxpayers, which means you and me — to pay off their putrid bets (it certainly helps to have your former leader, Henry Paulson, installed as U.S. Treasury Secretary at the time).

Plugging the holes in just one such company, AIG, cost taxpayers almost $200 billion.

Incredibly, going on four-plus years after The Crash, the outstanding value of such credit derivatives is supposedly something like $600 trillion, or six-fold greater than the global economy.  See, “Number of the Week:  $600 trillion.”

Can’t get your head around that (admittedly mind-boggling) number?

Instead, imagine a world where homes are insured for 6X their value . . . by people who don’t own them.

Just whose doing is all that, Mr. Jenkins?

If that’s not an argument for fundamental financial reform — and a clutch of corruption charges and convictions — I don’t know what is.