The Two Secrets to Job Satisfaction

In my 10 years at Edina Realty, I’ve attended easily 1,000 company meetings — small, big, and everything in between.

Never, absolutely never, in any of those meetings, did I ever hear fellow Edina agents refer to their clients as “Muppets,” “marks,” or “suckers.”

At Goldman Sachs, that happens every day (apparently). 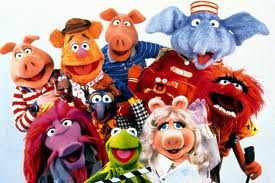 Even after all the negative press, public anger, and heightened scrutiny of the last few, incredible years.

In a very public valedictory — showcased in today’s New York Times — the exec, Greg Smith, publicly hangs his now-former company out to dry in a blistering piece that’s every bit as damning as Matt Taibbi’s now-infamous Rolling Stone screed branding Goldman Sachs a “vampire squid with a blood funnel shoved into anything that smells of money” (or some such).

Rather than paraphrase, I’ll let you read — and react to — Smith’s unvarnished comments yourself.

“It makes me ill how callously people talk about ripping their clients off. Over the last 12 months I have seen five different managing directors refer to their own clients as “muppets,” sometimes over internal e-mail. Even after the S.E.C., Fabulous Fab, Abacus, God’s work, Carl Levin, Vampire Squids? No humility? I mean, come on . . . .”

“What are three quick ways to become a [Goldman Sachs leader today]? a) Execute on the firm’s “axes,” which is Goldman-speak for persuading your clients to invest in the stocks or other products that we are trying to get rid of because they are not seen as having a lot of potential profit. b) “Hunt Elephants.” In English: get your clients ” some of whom are sophisticated, and some of whom aren’t ” to trade whatever will bring the biggest profit to Goldman. Call me old-fashioned, but I don’t like selling my clients a product that is wrong for them. c) Find yourself sitting in a seat where your job is to trade any illiquid, opaque product with a three-letter acronyms.”

In fact, the only part of this electrifying piece that doesn’t ring true is a slight but very strategic line — artfully inserted mid-way in the piece (on the advice of counsel, per chance?) — stating that while Smith knows of scads of sleazy conduct at Goldman Sachs, he “doesn’t know of any illegal behavior.”

In the big picture, Smith’s confessional suggests the greater, natural order of things — at least when it comes to vocations and professional fulfillment.

Namely, to have career satisfaction, satisfy these two criteria:  1) do something you like; 2) with people you like to be with.

For Smith, at least, Goldman Sachs no longer offers either of those things.

Which leaves his last, and best insight (and advice for his former employer):

Make the client the focal point of your business again. Without clients you will not make money. In fact, you will not exist. Weed out the morally bankrupt people, no matter how much money they make for the firm. And get the culture right again, so people want to work here for the right reasons. People who care only about making money will not sustain this firm ” or the trust of its clients ” for very much longer.

Smith’s piece is so frankly damning of Goldman Sachs and its culture, my first instinct was to check the calendar and make sure it was really March 14, not April 1 (and a prank).

Thought #2:  this guy’s made up, no matter what the calendar says.

I expect we’ll hear Goldman Sachs’ side of the story shortly.

My prediction:  they’ll try to squash Smith’s credibility — and take away his ethical high ground — by saying that he was a disgruntled, low-level employee passed over for promotion and/or was fired after being charged with stealing client funds.

Translation:  Smith’s piece is only about deflecting attention from his own misdeeds.