One of the most popular posts ever on this blog, “Groupon for Underwater Homeowners,” made the case that underwater homeowners could exert 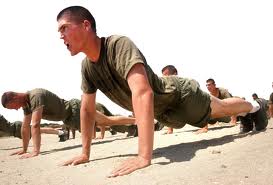 heretofore missing leverage over their lenders by teaming up and negotiating as a group (“groupon”).

Seeing as no one (so far) has bit on that idea, I’m now offering up solution #2, inspired by this off-color joke (stop here if you’re easily offended):

A drill sergeant who has been running his men ragged for the first few weeks of boot camp finally decides to relent.  He summons the men and announces, “I have good news, men!  I’m allowing you all to change underwear.”  When the cheering dies down, he continues, “Anderson, you change with Jones; Jones, you change with Smith; Smith, you change with . . . “

What’s that got to do with the housing market?

Just this:  millions of Americans literally can’t afford to move because they owe more on their mortgage than their home is currently worth.

To sell, they would have to bring thousands or even tens of thousands to closing. 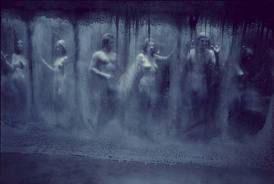 In a rational world, lenders by now would have reduced — voluntarily or involuntarily — the amount owed on all these underwater mortgages, allowing the homeowners to actually afford their homes (and stay put), or to sell them.

Unfortunately, that hasn’t happened, at least so far.

So here’s my proposal:  if intransigent lenders won’t reduce what they’re owed, require them to allow underwater homeowners to trade places with other homeowners who are equally underwater, through a legal process called “assignment.”

Like any contract, the contract between a lender and a borrower can be assigned if both parties agree.

When a mortgage is assigned, another borrower steps into the shoes of the first borrower, and promises to re-pay their debt.

Usually, the incentive to assume another borrower’s debt is that it carries a below-market interest rate.

In this case, however, the twist is that it would allow underwater homeowners to change places, literally, with another borrower who’s equally underwater.

How do they find each other? 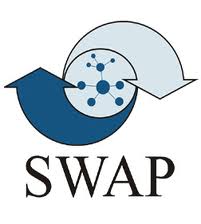 Or let Amazon.com or some other e-commerce expert create an online exchange to do that.

To facilitate a true marketplace, participants would disclose their general location; basic information about their house (size, condition, etc.); and how much they were underwater.

They’d be relieved of their debt only if they assumed the same size debt on another underwater home elsewhere.

Post-exchange, the banks would still be owed the same amount of money, just by different people.

Meanwhile, underwater homeowners would be able to move, and be in no worse financial shape than they already are.

Compared to today’s stagnant, frozen-in-place national housing market, I call that a “win-win.”

P.S.:  Housing market experts will recognize the foregoing as the mirror image of another property trade long respected by the IRS:  the Section 1031 exchange.

In a 1031 exchange, the owner of one property is allowed to “exchange” it for another, rolling over their basis (tax cost) in the first property to the second.

The difference, of course, is that in a section 1031 exchange, that basis is low, not high.