Why can’t a [debt restructuring process] be put in place to help the millions of American homeowners who for whatever personal reasons ” usually no less justifiable than those offered up by G.M. or Chrysler ” are unable to make their monthly mortgage payments? Why do the corporate fat cats get a respected and legitimate way to flush their unwanted debts but individual Americans homeowners don’t? 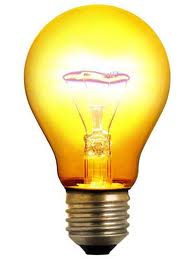 Fortunately, in the age of Groupon-style volume discounts, mortgage securitization, etc., that problem is easily remedied.

So, all underwater homeowners need to do to exert General Motors-scale leverage over their too-big-to-fail creditors is to band together, and consolidate their cumulative debts into one, truly eye-popping number.

How would such a strategy work in practice?

Using Groupon-style technology, 100,000 underwater homeowners whose negative equity averaged $100,000 would unite to present Bank of America (or Wells Fargo, or Citigroup) with this offer:   ‘reduce our mortgage balances by 30%, or we strategically default.  P.S.:  You have three days to think it over.’

Why would the bank(s) go for it?

Because losing $30,000 per home is better than losing $75,000 (the loss associated with the average foreclosure).

And because, just like other Groupon participants, there’s an economic benefit to dealing in volume — not to mention that quickly converting 100,000 delinquent mortgages into performing assets would do wonders for the bank’s balance sheet.

Leverage — and Safety — In Numbers

And if the bank(s) didn’t accept?

The defaulting homeowners would move on to cheaper rental housing elsewhere — just sooner than they might have otherwise (and with more cash left in their pockets).

And while defaulting homeowners would take a hit to their credit, the sting would be blunted by their sheer numbers.

Put it this way:  when a (relative) handful of homeowners strategically default, there’s a stigma; when everyone does it . . . there isn’t.

Repeat the foregoing process 50 times or so — a rough estimate of how many homeowners are down more than $100,000  — and, Voila!, the housing crisis would be over.