Edina was the first school district in the Twin Cities that I’m aware of to put the brakes on open enrollment, the policy of allowing students outside a district to matriculate. 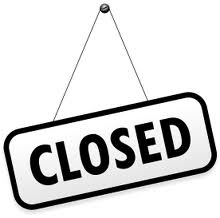 Now, it appears that multiple other local school districts are following suit.

State school districts have aways had a financial incentive to attract non-resident students, because of the per capita funding that follows each child.

However, too much of a good thing can mean overcrowded classrooms and maxed-out facilities.

It’s also the case that the school district where the student physically resides is reluctant to lose the revenue associated with a higher head count.

So, I’ve now heard reports that Wayzata and Orono have discontinued open enrollment, while Hopkins has signficantly restricted it.

By contrast, St. Louis Park appears to have an ongoing “open door” policy — for now.

What does that mean for home owners — and buyers?

The strategy of buying a cheaper home near a top-flight public school district appears to be much less viable.

In turn, look for widening home premiums in neighborhoods with good public schools — and discounts in areas that don’t.

P.S.:  One neighborhood where this issue is playing out with especially high stakes:  a section of Edina with about 140 homes that lie within Hopkins schools.

The Edina residents want to go to Edina schools; the Hopkins school district doesn’t want to lose them (assuming they ever had them; many of the Edina kids actually go to private schools).

The result has been a political tug of war — and a real question about how much to discount the affected Edina homes.