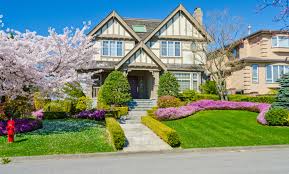 A new study purports to put a number on the value of curb appeal: 7%.

The study’s authors did that by analyzing Google Street View photos and sales data from 88,980 properties in the greater Denver area.

Specifically, they performed these three steps:

“The researchers manually scored a set of properties, grading 400 images on a scale of 1 to 4, with 1 indicating the lowest appeal and 4 the highest. Low-appeal properties had blemishes like broken pavement and overgrown grass, while high-appeal properties were characterized by features like well-kept lawns and nice landscaping.

The researchers then used these scored images to train their deep-learning algorithm to assign curb-appeal values. Lastly, they used the algorithm to grade the photos in the larger data set.”

All of which begs the question: is the study right? (about curb appeal being worth a 7% premium). 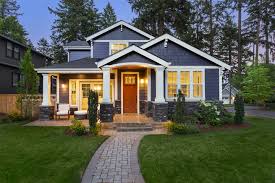 Which underscores the original problem — namely, the subjectivity of defining curb appeal in the first place, then the difficulty of isolating only that variable when comparing home sales (known as “Comps,” or Comparable Sold Properties).

Ceteris Paribus (“Everything Else Being Equal”)

At least in my experience, it’s almost never the case that two homes are identical in every respect except curb appeal.

In fact, you’d expect a home with underwhelming curb appeal to also be less updated, not as well-staged, and not as flatteringly photographed or marketed generally.

All those differences — known as “adjustments” — have to be subjectively quantified as well.

That’s very different than taking into account such objective home features as finished square feet, the number of Bedrooms and Baths, and lot size.

I can think of plenty of homes with meticulous exteriors, flattering landscaping, etc. that nonetheless score low on curb appeal.

Reason: the home itself is ugly. 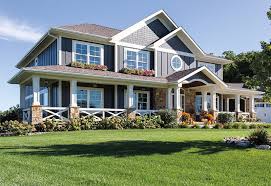 In fact, I’d argue that the key element of curb appeal is the individual home’s design — specifically, its lines, proportions, symmetry, use of windows and gables, integration of color and depth, etc.

To point out the obvious, some homes are simply more aesthetic than others.

Unsurprisingly, all that subjectivity makes for some squishy numbers — a point readily conceded by the study’s authors.

According to the researchers, their algorithm assigned curb appeal correctly about 66% of the time when compared with manually scored photos.

Translation: the computer was wrong a whopping 34% of the time!

Keep that in mind the next time you check Zillow or another algorithm-driven web site . . .

See also, “Coming Soon?” Try, “Already Here”: Appraisal-by-Algorithm“; “What’s it Worth? Or, Accounting for a Basement Bowling Alley (But Preferably Not)”; and “Getting the CMA** ” and the Lender’s Appraisal ” Right: Big Adjustments = Dubious Adjustments.”