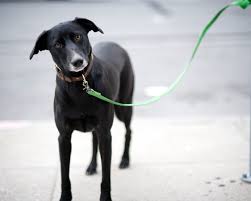 My 16 year-old son is only in 10th grade, but I’m pretty sure he’s (eventually) headed to law school.

That’s based on the following exchange the other day, just before I got to back to town after a recent trip:

At least on that last score, he was right (I checked).

Out of both rejoinders and patience, I took an Uber home.

Connoisseurs of legal strategies will recognize the above as a variation on the “It’s not my dog” defense.

For the uninitiated, here’s how it works:

When the lawyer’s neighbor charges that the lawyer’s dog viciously attacked him, the lawyer gives the following, layered defense:

First, he denies that there even was an attack.

When neighbors step forward to say they witnessed the attack, the lawyer says the victim wasn’t really hurt.

When the victim presents the lawyer with graphic photos and a copy of the hospital bill, the lawyer argues that his dog attacked in self-defense.

Finally, when the neighbor produces affidavits from witnesses testifying that the attack was unprovoked, the lawyer protests that . . . it’s not his dog!