Neighbors — at least once upon a time — used to borrow a cup of sugar from one another.

What do Realtors borrow from each other? 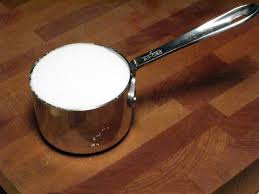 Far and away, the number #1 request is for Open House signs (typically, the person requesting them is a newer agent who doesn’t have any — or at least enough).

None of the Above

An example of that would be the agent who recently put out a call to borrow an umbrella. 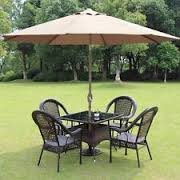 It turns out out that what they were looking for was a table umbrella — no doubt, to stage an outdoor patio set against (at least for now) a barren Minnesota backyard.

P.S.:  There was an agent who — despite decades in the business — never seemed to know a good inspector, lender, or any other contractor, for that matter, and was always canvassing colleagues for referrals.

As you’d expect, the Realtor knew plenty of qualified contractors.

It’s just that no one wanted to work with her again, because she (or her clients) were so demanding, and, at least reportedly, slow to pay (I’d never use the word “stiff”).

I never volunteered any names . . .

See also, “How NOT to Get Repeat Referrals“; and “Contractor ‘Win, Place or Show.'”