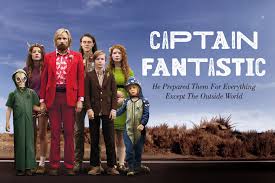 Home Schooling — When “Home” is Somewhere in the Cascade Mountains

I guarantee that — at least for a few overweening parents of pre-college kids —  the Ivy League admission “royal flush” scored by the 17 year-old son** in the indie film “Captain Fantastic” will be the takeaway from the provocative and occasionally inspiring movie.  See also, “To Get to Harvard, Go to Haiti?” 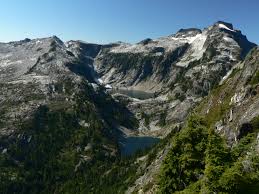 Never mind that:  a) the movie is fictional; and b) very few Dads can catch (and slaughter) a deer with their bare hands; rappel off sheer granite cliffs (in a lightning storm, no less); and speak five languages — let alone have the fortitude and drive to teach those things, essentially as a single parent, to six(!) precocious kids.

All while living off the land (ahh, but what beautiful land!).

In one especially resonant scene, the Dad summons his 8 year-old daughter for an impromptu analysis of The Bill of Rights, to juxtapose her education with that of her troglodyte cousins (spoiler alert:  she aces it).

Also memorable:  the kids talking their way out of a traffic stop; a surgically coordinated shoplifting strike; and the family’s appearance at a funeral in their odd attire (the inspiration for the film’s marketing photo, above).

With Viggo Mortenson and Frank Langella as anchors, the intermittently poignant film evokes such classics as Swiss Family Robinson; Harrison Ford’s adventure movie, “Mosquito Coast”; and George Clooney’s “The Descendants,” another film with a palpable void in its center for the absent, ailing Mom (astute observers will note the two movies’ startlingly similar endings).

If you need a break from tech-heavy, smash-’em-up action blockbusters . . this is your movie.

**It’s hard to watch intense George MacKay and not think of Paul Dano (“There Will Be Blood,” “The Beach Boys,” etc.).