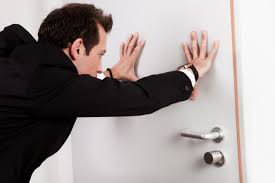 Once upon a time, homes that were under contract, but not yet past inspection, were flagged on MLS with the suffix, “Sold, subject to inspection” (“SSI” for short).

At least this Spring, it sure looks like more listing agents — and homeowners — are opting for another status altogether:  “TNAS,” short for “Temporarily Not Available for Showing.”

That designation has two virtues:  1) it stops the “Days on Market” meter from running, which homeowners know (or should) is the bane of all would-be Sellers; and 2) it shuts the door, quite literally, on more showings.

Especially for Sellers who may just have endured a stampede of Buyers (thanks in part to record-low Twin Cities inventory), that offers a (very) welcome respite.

“No showings” means that the Buyer’s home inspector can’t get in, either — which creates some logistical headaches when said inspector requests a showing appointment on MLS.

Of course, TNAS alsoputs the kibosh on any backup Buyers — important if the first deal hiccups.

That’s the case not just because other prospective Buyers literally can’t get in to see the home, but because for many Buyers’ agents, TNAS is associated with its original meaning.

Namely, something is going on with either the home (plumbing leak, re-painting) or homeowner (sick, out-of-town guests) that would be off-putting to potential Buyers.