Answer:  ‘Off the Market, But Very Much ‘For Sale'” 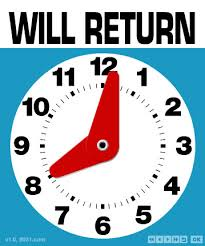 The condition is known to real estate pros as “on the market . .  but not “For Sale.‘”  See, “Gauging Seller Motivation.”

So, what is the opposite of that?

An MLS status called “TNAS”, short for “Temporarily Not Available for Showings.”

“Temporarily Not Available for Showings”

Especially over the holidays, home Sellers who are entertaining or hosting company — or just need a break from showings — often switch their home’s status to “TNAS.”

That doesn’t mean, however, that Buyers’ agents can’t find the properties on MLS — or indeed, get in touch with the listing agent and see if it’s possible to get their client in.

In a Seller’s market with a continued shortage of inventory, you see quite a lot of that.

It’s also the case that Buyers hunting down TNAS listings tend to be the most motivated.

Add those factors together, and the result can be an especially smooth (and fast), consummated transaction.

In fact, one of my biggest deals last year was a transaction that began over the holidays, with a “feeler” I received from a Buyer when the listing was still officially “TNAS.”