The Consequences of “Highest & Best” in Multiple Offers,
or, “Woulda Coulda Shoulda”

With tight inventory and the prospect of multiple offers returning to various Twin Cities neighborhoods, it’s a certainty that at least one local home Buyer this Spring — upon hearing they came up short in multiple offers — will protest, “But, I would’ve gone higher!” 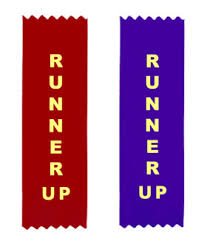 “Too bad, so sad” (or perhaps something a bit gentler, especially for the agent who has to deliver the news).

That’s because, at least in Minnesota, multiple offers is traditionally a one round, “highest & best” affair.

As opposed to an auction, where various bidders can see the current, highest bid and decide to top it (or not), in “highest and best” Buyers do not know their rivals’ offers, and are supposed to come in with . . . their highest and best.

From there, Sellers typically pick the most attractive offer to work with, then fine-tune (strengthen) such terms as the closing date, the Buyer’s earnest money, their underwriting deadline, etc.

Note to bidders:  sometimes, “highest and best” isn’t just about price — it can be the Buyer’s financing, a fast (or slow) closing date, or just stronger confidence in one Buyer (and their agent and lender!) than another.

Waiting on the Sidelines

If the Seller and their preferred Buyer can’t reach terms, it’s certainly possible for the Seller to go back to other bidders.

But, in the vast majority of multiples offers I’ve been involved in, as both a listing agent and Buyer’s agent . . . the runners-up do NOT get a second swing at the bat.

Even if they “would’ve gone higher.”

P.S. Once upon a time when foreclosures dominated the market, bank-sellers would foment bidding wars by listing at obscenely low prices, then announce “highest and best.”

They’d then go back to the 3-4 highest bidders (out of perhaps 20 or more), and basically say, “Congrats, you’re now a finalist for this property.  Now, what’s your real “highest and best?”