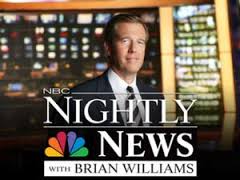 In addition to degrading ISIS through military action, as the Administration now vows to do . . . STOP MAKING ISIS BEHEADINGS THE LEAD NEWS STORY EVERY TIME IT HAPPENS!!

Each time such an atrocity leads the nightly news, it serves to reward such barbarism, whose primary motive is clearly  . . . to attract as much attention as possible (motive #2:  extract ransom from Western governments).

But, why should Western media be ISIS’ all-too-willing megaphone?

If this really is a war, as the Administration claims, surely TV ratings (“if it bleeds, it leads”) take a back seat to the national interest.

And why should government censorship be necessary for the news networks to simply do the right thing??

Indeed, if network coverage is all about ratings — that is, profits — isn’t their conduct giving ISIS precisely the platform it seeks actually shameful (and not a little complicit)?

P.S.:  On the few occasions that their own correspondents have been taken and held hostage, national news organizations have displayed a remarkable ability to keep things hushed.